Functions and Features of PTT Accessories You Should Know About 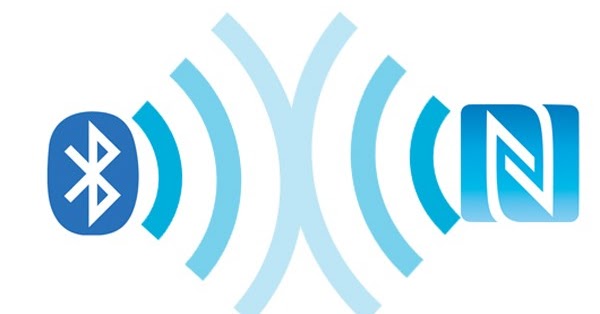 Here is a brief overview of the different features and functions that PTT accessories can provide. When it comes to extending the capabilities of a mobile device or a PTT app, there are not many possibilities to do so with wired accessories regardless of having a light headset or remote speaker microphone (RSM). The reason is the analog connection via the 3.5mm audio connector, which doesn’t allow for more than audio and the PTT signal. Bluetooth accessories provide a digital connection which can theoretically send an almost infinite number of commands to the phone or app matching the feature set provided within the PTT ecosystem.

Basic features allow simple push-to-talk communication. If your workers are using feature phones (also called "dumbphone" as they are lacking the capabilities of a "smartphone") and are communicating to one channel only without the need for any additional safety features like Emergency control or the capability to access any other kind of information, a very basic wired accessory might be sufficient for your use case.

The PTT button is the basic functionality of any PTT accessory. The press of the PTT button allows one directional transmission from the sender to the receiver.

Volume buttons regulate the volume output of the PTT accessory (earpiece, headset or speaker). For wired accessories with amplifiers such as RSMs, there are two options to change the volume: one that regulates the output from the phone via the 3.5mm jack and the other that regulates the amplified speaker volume. Nevertheless, it is recommended to have the phone volume to at least 80 percent as the signal for some amplifiers might not be strong enough for lower levels, so no incoming transmission is amplified at all. This brings clear limitations to lower volume levels in general, for wired speaker mics. Volume levels of Bluetooth accessories are often aligned so that adjusting the volume on the accessory is the same as changing it on the mobile phone itself. The phone will most likely show an alert that listening to music too loudly may damage your ear when turning up the volume, regardless if it is an in-ear accessory or RSM, as most phones cannot distinguish between them.

One of the main reasons why AINA Wireless’ PTT accessories are different from all other accessories, is that they have been designed to match the intuitivity and capability of users that are used to mobile phones (born 1970 and later). Most PTT accessory manufacturers’ device design is based on old radio accessories designed in the 90s but with a 3.5mm connector. There is still a space in the market for workers in the older generation (50s and older) that have never used anything other than a radio where it is very difficult to change their behavior. AINA Wireless’ accessories use the capabilities of digital products and are adaptable to provide more sophisticated functions to increase productivity, beyond simply just a PTT button.

The following PTT accessory features are limited to Bluetooth accessories and are not available on wired PTT accessories due to the already mentioned analog connection via the 3.5mm jack.

A secondary PTT button can be assigned to a specific contact or group/channel. Regardless of whom the user was communicating to previously, the second PTT button will always communicate to the specified contact or channel. This is often used in scenarios where an end user should always be quickly able to jump back to one specific channel without having to switch channels, for example dispatch or a fleet manager. In the transportation industry, the second PTT button is very valuable as depending on the PTT app, the primary PTT button might not call dispatch after a previously answered call from another contact and changing the addressee on the tablet would break distracted driving regulations. In tactical use cases, team leaders use two PTT buttons, one for communicating to the team, and one to communicate to operation control. The second PTT button is also commonly used for devices with dual pairing functionality, explained in more detail below, where each PTT button is enabling communication to one of the paired devices.

An emergency button, a small red or orange button, is a common feature for two-way radio accessories and a de-facto requirement for public safety. The National Public Safety Telecommunications Council (NPSTC) defines in their requirements that NPSBN LTE [Nationwide Public Safety Broadband Network LTE] users and non-LTE public safety users SHALL NOT be burdened by the NPSBN with PQoS [Priority Quality of Service] control outside of their operational paradigms. It is understood that human intervention is required to initiate a dynamic PQoS change, but the act of performing this change should not significantly distract the responder. For example, the responder should be able to press an emergency button for a life-threatening condition and not have to enter an LTE terminal to adjust complex LTE PQoS parameters. An emergency function allows the end user to alert specified users in case of an emergency. The emergency button needs to have some way to avoid accidental presses such as a button guard which involves an elevation in the mold around the button. Communication needs to be even simpler in an emergency situation. Expecting a non-tech-savvy person to swipe the screen, potentially enter a PIN, go into specific options and then press a button to initiate an emergency alert, is too much to ask under stressful circumstances. To get a worker to remember to press the red button on the speaker mic if something goes wrong, is an reasonable single step request. It is therefore important that the PTT app supports the emergency functionality on the PTT accessories in order to ensure workers’ safety. See our white paper: How to Choose A Push-To-Talk Application that Is More Than A Replacement for Two-Way Radio Communication to learn more about how emergency functions are implemented.

Nevertheless, it does not always make sense to integrate any feature on any button. For usability reasons, two important considerations have to be made:

In a group environment, the initial pairing can be challenging when Bluetooth accessories do not support a simple feature called “friendly name”. When a group of people bring their PTT accessory into pairing mode, the accessory will publish its name. Some accessory manufacturers give their devices a generic Bluetooth name, such as “Bluetooth headset”. For the end user, it is impossible to know which Bluetooth headset is the one in his or her hand if this name shows up 20 times. A friendly name is a unique Bluetooth name that is written on the device, typically at the back. When 20 workers bring their devices into pairing mode, they simply need to look for their specific Bluetooth name. This is comparable to logging into a Wifi-network in an apartment complex where several Wifi networks are available. It would be impossible to identify the right network if they were all simply called “Wifi-network”.

Near field communication works on very short distances, such as a few centimeters or inches. This technology allows the user to simply hold the mobile phone and Bluetooth PTT accessory together and a connection is established automatically. Smart PTT applications recognize this and automatically set up the device so no further settings need to be changed. Few Bluetooth accessories currently support this feature but it is not only crucial in group environments but also for the simplicity of the single user experience.

Dual pairing is the capability to pair one Bluetooth accessory to two mobile devices. These could be any Bluetooth capable devices (mobile phones, tablets, mobile computers, PCs, two-way radios both portable and mobile). To do so, the Bluetooth accessory not only requires the chipset allowing dual pairing capability but also the user interface (UI) to operate two different devices. For example, a Bluetooth accessory being paired to a mobile phone running a PTT application and a two-way radio, but only having one single PTT button would not work. It could be possible through a second call answer button to answer regular phone calls and use PTT for the two-way radio. Full PTT communication on two devices would require two separate PTT buttons and the capability to map one button to each of the mobile devices.

For more details on the features and functionality of PTT accessories, download the complete Whitepaper for free!